AVAILABLE (A2 size including border)


My first venture into publishing prints was during a tour of duty in Hong Kong in 1987. A run of 500 copies of the watercolour ‘Stanley Harbour’ was produced to determine whether or not my work could have a general appeal. Amazingly, by the time I left a year later every copy had been sold - with all proceeds going to St Stephen’s Society, a local Church.

In 1991 I was privileged to receive the first of three commissions to commemorate the role of The Royal Military Police on active service. The first was ‘Desert Sword’, which was subsequently followed by paintings depicting RMP in Northern Ireland and, retrospectively, The Falkland Islands. All three original paintings are held in the RMP Museum and featured in the BBC’s National Collection of paintings (see: BBC - Your Paintings - Michael S Kitchen)

More recently and to portray my passion for salmon fishing I produced the print of an angler, with faithful companion, below the bridge and hotel at Potarch. Painting water in its many forms has always been a fascination and resulted in the painting and print ‘Farewell My Lovely’; depicting a fleet of steam drifters leaving Peterhead harbour circa 1946 and 'The Shell Seekers' showing women folk (wives of deep sea fishermen), in bygone days collecting mussels along the shore at Cullen, Morayshire, on the North east Coast of Scotland.

Two more prints still available are (firstly) a watercolour 'The Vale of Banchory' depicting the River Dee, the town of Banchory and Scoltie in the background and (secondly) an oil painting of 'The Bridge of Alvah', a lovely old bridge spanning the River Deveron close to Banff and the estuary.

If you would like further information on prices, despatch and delivery please use the e-mail facility CONTACT US. 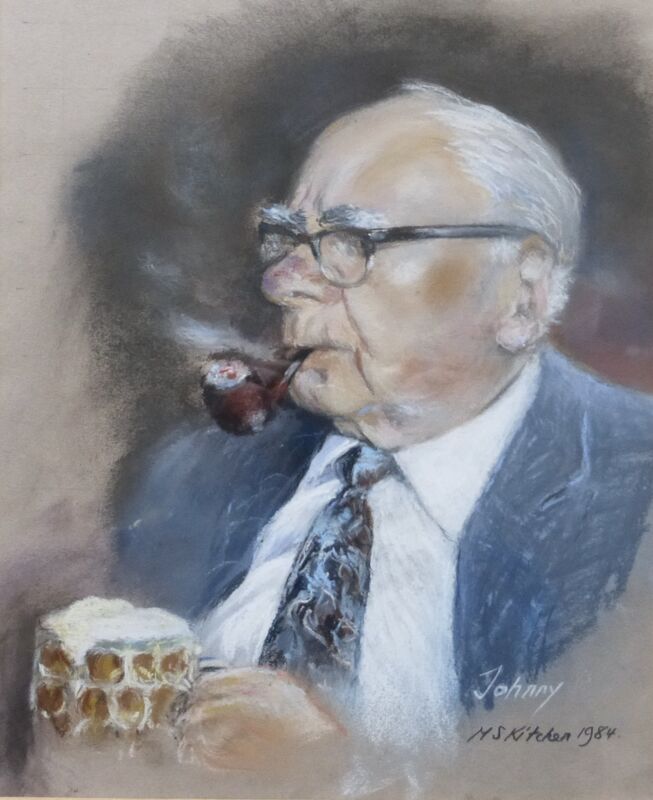